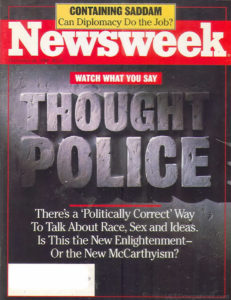 I have been a Democrat since my youth, as were my parents before me. So of course, I understand “party loyalty.” But as a talk show host and columnist, I’m able to spend more time following my party than most Democrats can with their busy personal lives.

So when a Democrat candidate for United States Senate recently ran an ad referring to the “crazy Democrats” in our party, it didn’t surprise me.

A few years ago, I was so alarmed I called for a “Democrat Voter Strike,” hoping to bring our party leadership to their senses. But now things have gotten radically worse, and I urge Democrats to vote Republican and send a clear message to our leaders.

If this problem was temporary, or affecting only a few in leadership, I would still say vote Republican based on their disgraceful behavior during the Judge Kavanaugh hearings. But this has been going on for a long time – something younger Democrats need to know. And no matter what we hear in the media, our party’s current behavior was a problem long before Donald Trump.

In 2004 I ended a column called, “My Un-American Democratic Party” with the following words about the growing power of the “crazy Democrats” who increasingly control our party.

You would think that was written a month ago. Thankfully, other mainstream Democrats are speaking out now as well. I don’t think our leadership will listen but I hope regular Democrats voters will.

In his column, “No, civility isn’t optional,” former Clinton advisor Mark Penn warned fellow Democrats about their response to Trump. “The idea that if you lose an election, you should delegitimize the winner, is dangerous business that once put in motion, can swing out of control.”

This is a time for national self-reflection, especially among Democrats alarmed at the behavior of our party leaders.

But we should understand what we’re up against, and why voting Democrat simply out of “party loyalty” has become a dangerous decision.

Other long-time Democrats are waking up, and see that danger as well.

“Democrats and many in media now accuse Mr. Trump of totalitarian methods and objectives,” wrote Ted Van Dyk recently in the Wall Street Journal. “There is much to fault in the Trump presidency, but the totalitarian tendencies appear to flow from our own party.”

Those “totalitarian tendencies” started before most millennials were born. After all, the famous Newsweek “Thought Police” cover story was published in December of 1990. In that issue, Newsweek exposed the true nature of PC, already rampant on college campuses, calling it both “Marxist in origin” and  “totalitarian.”

That was a full 3 years before PC rose to the White House with the Clintons and started aggressively corrupting the Executive Branch bureaucracies, all part of their effort to “fundamentally transform” or “re-imagine” America.

“Where PC reigns,” said Newsweek, “one defies it at their peril.”

If you are a college student currently living on campus, that statement will sound very familiar. But is that what we want? Is that how we want to live – with a gag over our mouths, worried our lives will be ruined if we say the wrong thing?

No wonder a recent study across demographic categories showed that 80% of Americans fear PC. It is a true cancer on our whole political system. In fact, it is grossly un-American!

And let’s face it, our Democrat Party is the “PC party” because of our current leadership – so they must be stopped with a powerful rebuke at the ballot box.

Otherwise, there could be serious trouble. This statement won’t surprise you if you’ve been watching fellow Democrats on TV and wondering, “Who are these people”?

Yes, I am talking about the various intimidating mobs, but more importantly, I especially include our party’s leaders who contort their consciences to fit some absurd “talking point” strategy – like insisting that accused people “must prove their innocence.”

Is that what we want America to be like – that anyone can accuse you and you are guilty until proven innocent?

Many Americans have been shocked at the decline of our party but I doubt they could have predicted Democrat leadership would soft-glove thuggish groups like Antifa who go around bashing people and destroying property all in the name of being “against fascism.”

Even those Democrats who have never liked Hillary Clinton, could they have imagined she’d publicly reject civil behavior?

That time is now. Vote Republican.